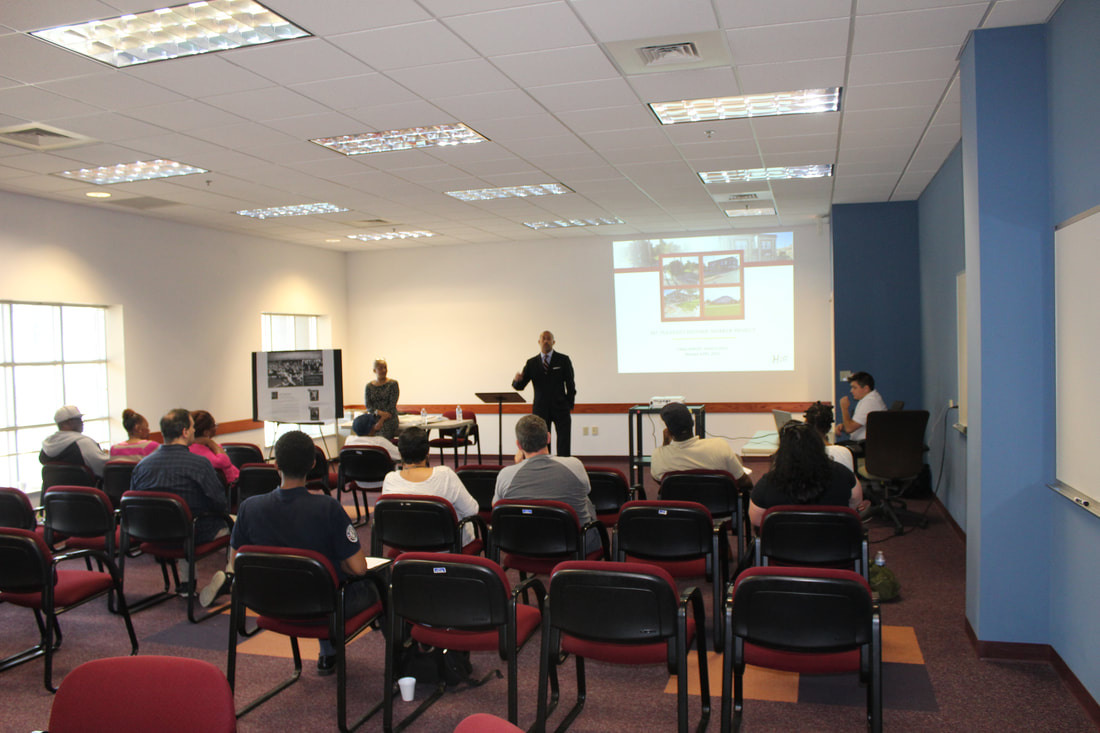 On Wednesday, May 23rd, Literary Cleveland's Cleveland Stories project began at Seeds of Literacy with presentations by Susan Hall and Charlotte Morgan. Hall is the former Director of Community Relations at Western Reserve Historical Society (WRHS), and Charlotte Morgan is a Glenville-based writer and storyteller who teaches at Cleveland State University.

"I’m  descendant of griots," Hall said. "They walked, talked, and told stories of places, people and things. I didn’t know I was a historian until later."

Hall spoke about history and the varied approaches to it. Hall, who contributed to the Stokes exhibit at the Cleveland History Center, spoke of not just topical events, but also digging through archives, boxes, and pictures, and telling stories of African American history.

“Mt. Pleasant is rich with African American history in particular. Farmers from the British Isle of Manx settled this area. One farmer could not pay workers in cash, so he paid them in land. African Americans came here through the Great Migration. Other blacks such as these who worked for the Manx farmers came through early settlement. They were already in the north.”

The presentation was continued by Morgan, who began to synthesize Hall's historical approaches with the process of telling one's own stories, and the stories of one's community. Weaving through tales of witches, neighborhood watches, and barbecues, Morgan enlivened the crowd, who began to respond with their own tales.

"It's place-based writing," Morgan said of the project. "Telling the story of a community distinct from any other place. The cousin who drank everything that could not be tied down, the card parties, the store where your family went and you could get credit. Before it became the hood it was the neighborhood."

Literary Cleveland is excited for the work that will be generated by this project, and the enthusiasm that Hall and Morgan helped spark at the kickoff event.

Morgan went on to say that her grandmother was illiterate, and told stories orally. She filled Morgan's mind with stories of how she lived around corner in Georgia from Martin Luther King, Jr.

"The most wonderful gift she ever gave me was telling stories. I want to give that gift to you. Tell the truth and shame the devil, as the old folks used to say." 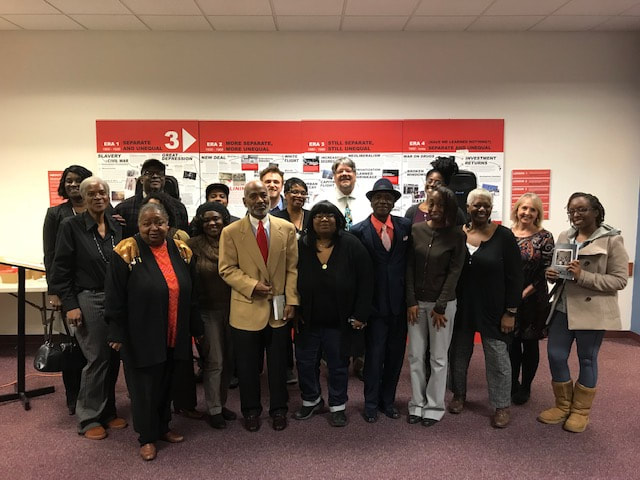 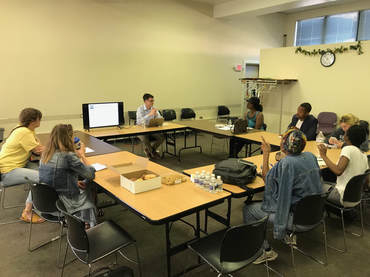